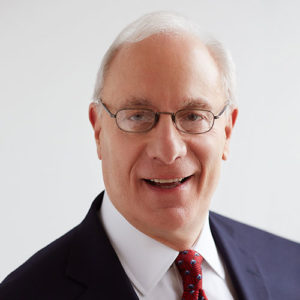 Philip A. Russotti oversees all that comes through our firm, managing attorneys and organizing the strategy for every trial we take on. This approach ensures that each case receives the firm’s utmost attention and effort. All our clients have their cases overseen by Phil.

Mr. Russotti has litigated and tried every kind of civil case: medical malpractice, products liability, construction injuries, premises liability, police brutality, vehicle crashes, and everything in between. His peers have seen fit to name him a Super Lawyer every year since 2007. In 2014, he was inducted into the N.Y. Law Journal/ ALM Medical Malpractice Hall of Fame. This honor was giving in recognition of his obtaining three of the top 25 verdicts/settlements in medical malpractice cases in the past five years in New York State. Only 17 other firms were recognized, and only one other attorney could match Phil’s accomplishment.

Phil won a medical malpractice verdict in Hawaii, totaling $6,125,000, which was the largest jury verdict in a personal injury trial in the state at that time. His $6,200,000 verdict in a Putnam County medical malpractice case is still the largest jury verdict ever given in the history of the county. He brings his vast legal experience and unprecedented track record to every single client he represents.

Phil is a former assistant district attorney for New York County; he served under Frank Hogan and Robert Morgenthau until 1980. When he left, he served as chief of a New York Supreme Court trial bureau, where he organized and trained thirty ADAs who were responsible for trying some of the most serious crimes in the state. Since then, he has continued his illustrious career in private practice, with a focus on serving individuals who are injured by the negligent conduct of others.

Philip Russotti is on the executive committee and board of directors of the New York State Trial Lawyers Association. He is proud to serve as a dean of the N.Y. State Trial Lawyers Institute, where he instructs on trial advocacy. He is a member of the New York State Bar Association and is a proud, long-serving member of the American Association for Justice. He lectures on trial practice, has the highest rating of AV Preeminent given by Martindale Hubbell, is featured in Who&#39;s Who in American Law, and has been recognized by the Million Dollar Advocates Forum.